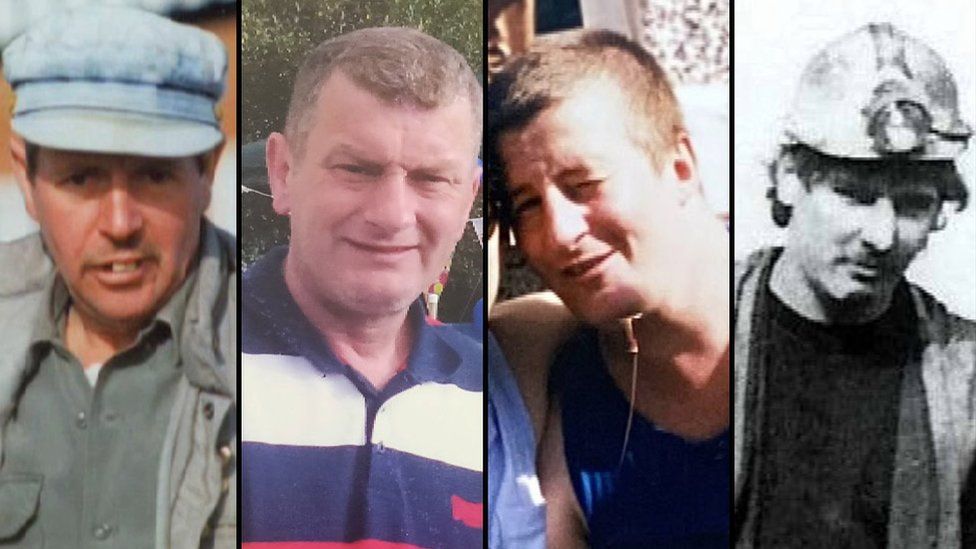 The families of four men who died in a coal mine more than 10 years ago have been demanding progress on the inquests into their deaths.

They said there were still unanswered questions about what led to the incident at the Gleision mine.

Swansea and Neath Port Talbot Coroner's office said it could not comment.

In 2014, the manager and owners of the Swansea Valley mine were cleared of manslaughter charges.

More than a decade after the incident near Cilybebyll, the men's families believe an inquest could get them the answers they are searching for.

"What did happen on that day? They say it's an accident, an accident is something that can't be helped. I too think there are answers there," said Mavis Breslin, the widow of Charles Breslin.

"Ten years and seven months. It's a very long time to wait for answers. I didn't think we'd have to wait this long at all, I don't think any of us did."

Survivors Jake Wyatt, 68, and Nigel Evans, 49, previously spoke of alleged illegal workings in the mine and said they felt authorities had failed to get to the bottom of what might have caused the miners' deaths.
Вернуться к началу
Ответить
1 сообщение • Страница 1 из 1